Give a Compliment & Learn English

Last Friday, English Language school, City Language School, hosted their annual Pay Someone a Compliment Day. The school, which has its main campus in central Dublin, is well-known for hosting events that focus on positivity and at the same time teaching important elements of English.

“The idea around this day was fairly simple,” says Social Media Officer, Johnny Butler. “We wanted to get students to be nice to each other, to spread positivity around the school while at the same time giving them some stock phrases or templates for making those compliments.” 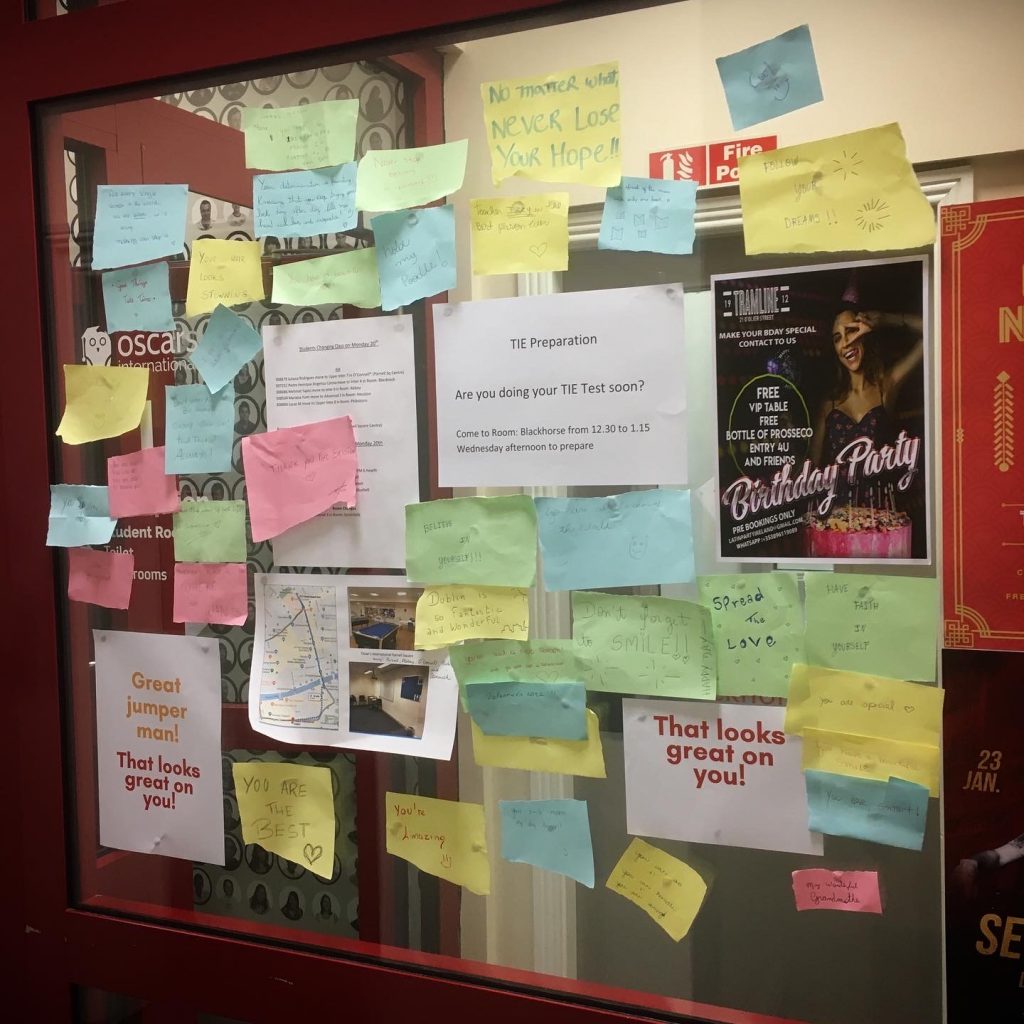 Phrases such as “You look fab”, “Great jumper man!” and “That looks great on you!” were dotted on doors, windows and even floors around the school. They were big, colourful but more than anything they were positive.

Students were then asked to write compliments of their own to whoever they wanted around the world and post them on our Wall of Compliments and their social media pages.

\”Social media sometimes gets bad press.,\” says Student Services Officer Fernando Bajo. \”It’s seen as a negative space. But really it’s just like anywhere else, if the vibes are good then the message, more often than not, will be too.\” 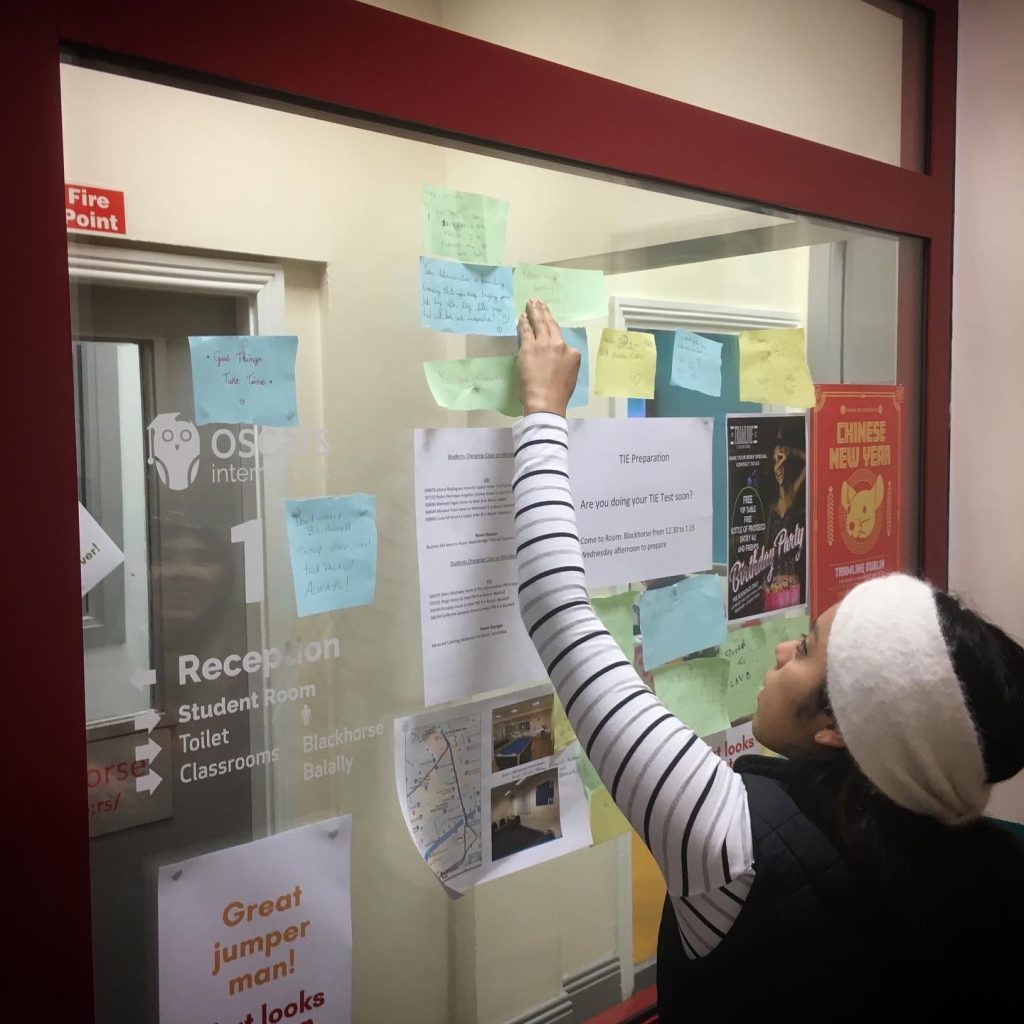 Students were also invited to add their compliments to a compliment wall near reception.

\”That’s right,\” says Johnny, \”we asked them to build a wall but this time it was a wall of compliments. They were really very enthusiastic and it was nice to be able to involve them in getting a positive message out there.\”

Nice way to be positive

\”This is a nice idea,\” says Maria from Spain. \”I wrote to my father and told him he was great and it was nice to have a chance to do that.\”

City Language School is one of the leading language schools in Dublin, Ireland. Talk to us today about our courses in Dublin.